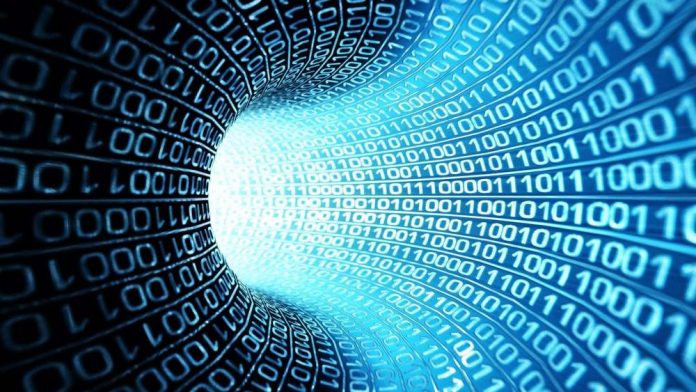 “Mankind’s greatest achievements have come about by talking, and its greatest failures by not talking. It doesn’t have to be like this. Our greatest hopes could become reality in the future. With the technology at our disposal, the possibilities are unbounded. All we need to do is make sure we keep talking.” – Stephen Hawking

We are at the threshold of a new technological era. The fourth revolution has come and it’s important to learn about the areas technology is growing in. Here’s a list of the main 6 areas of the future.

The Internet of Things (IoT) is not a new term as technology companies and experts have been discussing this topic for decades. The first bread toaster connected to the internet was revealed at a conference in 1989.

The concept is simple: it’s about connecting devices over the internet, letting them talk to us, to other applications and to other devices. Everything is able to be connected, from mobile phones, coffee machines, washing machines, lamps, portable devices and almost anything else we can think of. But IoT is much more than smart homes and connected handsets, it’s also a connected world.

Cities can be smart – with linked traffic signals that monitor traffic and adapt to it, or smart rubbish bins that signal when they need to be emptied, applications in industry, with sensors attached to everything, or in agriculture, with monitoring and even harvesting. In these last two cases IoT will lead not only to an increase in production but also to a reduction of costs.

One area where IoT will most certainly be applied to is health. The development of Smart Pills and connected body sensors is already a reality. As an example, Intel has created an intelligent band that controls how much Parkinson’s patients tremble; the “Sonamba” monitors the daily activities of the elderly or the sick, paying attention to dangerous anomalies. There are also other devices that detect abnormal heart rhythms in people with heart diseases.

What is Big Data? This buzzword of the technological world is what is used nowadays to describe a strategy that an organization needs to deal with large amounts of data and storage facilities. This term comes from web search engine companies that needed to query and process gigantic databases of the data they collected.

An example of Big Data is petabytes (1024 terabytes) or exabytes (1,024 petabytes) of data that consist of billions of millions of millions of records, all from different sources (such as web, sales, contact center customers, social media, mobile data…). These data are usually poorly structured and identifying correlations between them requires a large Big Data structure to process them.

But “Big Data” can also mean a rather scary term. With the privacy and data security concerns that currently exist, it is strongly believed that ordinary citizens should have the right to keep their browsing records and other personal data private. However, with increasing control by governments and big Internet companies that want to capitalize on the data they can register, privacy is becoming increasingly difficult to maintain.

Although processing power of computers has increased enormously, it is still very small compared to the capacity and the way our brain processes information. But that may all change as scientists are already testing a new generation of supercomputers, called Quantum Computers.

Quantum Computer work differently than traditional computers, using QuBit instead of Bit, and is reduced to a millimeter close to absolute zero in order to exploit the more “bizarre” properties of quantum mechanics. Have you ever heard of something being in two places at the same time? Well… in Quantum Computers QuBit is 0 and 1 at the same time. Weird isn’t it? However this is the way that these computers have the ability to solve very, very complex and not procedural problems, exactly the ones that can be applied in the area of ​​Artificial Intelligence (AI).

But why should we want computers as smart as us? Is it not the dream of any creator to empower machines with such a capacity for learning that they can perform any task that human beings perform? Wouldn’t it be the dream of any company to create a machine that can take advantage of this capability for a lower price? (Meaning: they will replace employees with robots that work harder, and do not complain about anything, not even the payment).

It is known industrialization has made it possible to increase the number of jobs… well at least in the beginning. But will AI be the most “disruptive” technology the world has ever seen? Of course all this goes well beyond being interesting, but at this moment there are many people very concerned about the advances in this area, and how they can change the whole social and work paradigm. And I no longer speak of the possible creation of Artificial Super Intelligence (ASI) and the consequences that may come from it.

Yes, it is true that Virtual Reality didn’t linger in the late 1990s. But right now, we are witnessing the resurgence of the concept due to a breakthrough in some technologies, such as increased computing capacity, miniaturization and new technologies of liquid panels (especially OLED technology, used on top-level mobile screens).

With the distribution and massing of these technologies, some companies, including Oculus Rift (bought by Facebook for more than $ 2 billion), Sony and Samsung, have been developing hardware and software that allow the user to experiment a high degree of immersion in a virtual world generated by computer.

These new gadgets will enable, in the near future, a virtual experience increasingly indistinguishable from reality. It is anticipated that in the medium term virtual reality technologies will not only affect the entertainment sector (videogames) but also other sectors such as engineering, industry (product prototyping), tourism and many others.

Drones began to be used in the military universe, but currently the use of this technology is expanding rapidly in the commercial market. Nowadays, it is a common practice to rent a drone to cover an event, use it to recognize ground, or even to access or shoot in inaccessible places.

The price and sophistication of drones are allowing more and more people to access them. Innovation is so diverse that new products and new uses are always on the market. Nowadays there are companies that already market intelligent drones capable of following their owners autonomously, making videos or reporting information to their own mobile phones. It is a case to say that any day each of us will have his own personal drone just like today we have our mobile phone.

Although robotics has been around for a long time, its evolution has been enormous in the last decade. Starting with industrial robots, to new applications in medicine, the development of robotics is undergoing a real revolution.

In the industrial area, robotics is becoming more mainstream through the new 3D printing technology, greatly reducing the industry’s production costs. More recently, it is in the health area where the greatest progress is seen, with the creation of bionic limbs or robotic prostheses that give mobility to people with disabilities.

Robots are also being developed for military applications, including the United States Army working with some companies to develop robots, androids and other gadgets that can be used in military settings. Others in the world will follow with certainty.

Finally, robots are also being developed to be sold to the general public to perform household or playful tasks. Maybe one day we will be able to have our own personal assistant following us… or at home… waiting for us. 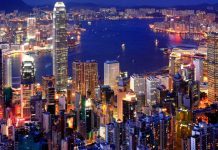 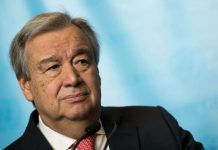 António Guterres: “Science can do both good a...

Elon Musk Reveals the Secret of Your Success

Investors trust London, it will remain the main hub in the post-Brexit entrepren...