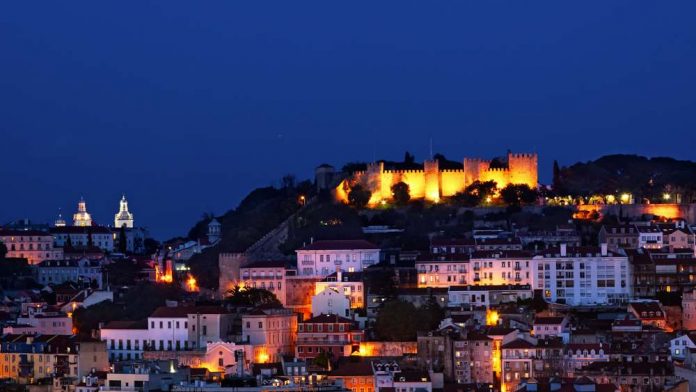 VeniamWorks, 360Print and TTR – Transactional Track Record, are three of the 25 most successful Portuguese startups. Five of these have already moved their headquarters abroad. Business and talented people going abroad constitutes a major threat in a sector where international investors dominate.

BGI, in partnership with EIT Digital, produced a detailed report, the Portuguese Scale Up Report. This report is the result of an innovative study that identified “the best 25 emerging startups in Portugal”, and analyzes the opportunities and threats of the Portuguese ecosystem, providing recommendations not only for startups, but also for national and European players on how to retain and maximize talent.

20% of these companies no longer have their head offices in Portugal, although that’s where they started their business. However, the relocation did not cut ties with the home country: most of the companies that “fled” maintain offices in Portugal, or even its core activity. This transfer is often the result of a strategic move to explore more opportunities, and most of the time the destination option is conditioned by the initial investment capital.

Scale Ups are companies that grow at a high pace (at least 20% per year) in number of employees or profit for at least three straight years.

These startups show an exponential growth above the average of the remaining ones and therefore integrating a restricted group of companies with high potential. Hence this report presents three rankings for the Top 25 of the Portuguese Scale Ups: by total capital raised, by total revenue and by rate of return on capital.

VeniamWorks leads the charts in raised capital with $ 29.9 million, 360Print is number one in total revenue ($ 9.6 million) and TTR – Transactional Track Record is at the top with the highest rate of return (7, 3 million revenue for an initial investment of $ 1.36 million).

According to the report, these 25 startups are representative of “what it takes to be successful” within the Portuguese entrepreneurial ecosystem. Some of the key elements in study include the financing structure, investor profiles, employment and startup business models, among many other elements.

The study shows that the Portuguese initialization ecosystem has an “exciting” growth and development perspective, despite some challenges that still need to overcome.

On a positive note, the report highlights the leading position of most of the main emerging technology startups in Portugal. CleanTech & Industrial, ICT and Consumer & Web areas seem to be the most promising in Portugal and particularly Portuguese industry CleanTech may even lead the industry in Europe in the next decade.

Successful startups in Portugal have sustained their achievement in fundings and in a great team system. In addition, accelerators and incubators play an important role in their development.

Regarding financing, the report highlights the lack of national investors, creating a potential threat to retaining talent, profit retention or even business development within the Portuguese ecosystem. This threat is even more concerning than the fact that Portuguese startups contribute significantly to the generation of highly skilled jobs.

There are still significant challenges for companies in the early stages of business in Portugal, including documentation, numerous regulations, fees and high additional costs in setting up businesses. There are still few women among the founding members of Portuguese startups.

Portugal is well-known for its qualified talents and also for its low salaries allowing these talents to be acquired at low cost. This is particularly interesting for startups, which generally do not have a lot of financial resources and has been one of the main reasons that has attracted foreign startups.

Nonetheless, there is still not enough visibility for the Portuguese boot ecosystem. There is a big difference between Portuguese startups and companies in more developed ecosystems such as the United States. Portuguese ecosystem is still “in childhood and needs time to develop”.

However, the report highlights a “vibrant” opportunity for Portugal at CleanTech. CleanTech can be considered the “technology of the future”, since it deals mainly with sustainability and climate change. The strategic advances registered in this area can position Portugal among global leaders of this economy in the near future.

There is also a consensus on the quality of talent in Portugal, especially in the engineering sector. That’s why it’s considered appropriate to set the consistency of this talent and encourage its growth through measures that are transversal to education, encouraging employment and recruitment, among others. Equally, women’s involvement in Portugal’s startup ecosystem should be improved, attracting more female participation to the economy, which is already significant in the academic world.

The accelerators role in Portuguese startup ecosystem is relevant to startup’s success. While their investment contributions may be insignificant, their added value builds a bridge to successful investments. Meanwhile, national investors should be encouraged to join this effort in supporting national young companies, to reduce the flee of businesses abroad as a result of strong international financing.

To improve this investment, Portuguese Scale Up Report recommends reducing government documentation and creating new policies that ease business and encourage capital investment. One of the main problems for the Portuguese ecosystem is its lack of visibility. There is not enough exposure of successful businesses in Portugal. There’s a lack of a more aggressive communication of the strengths of the national economy.