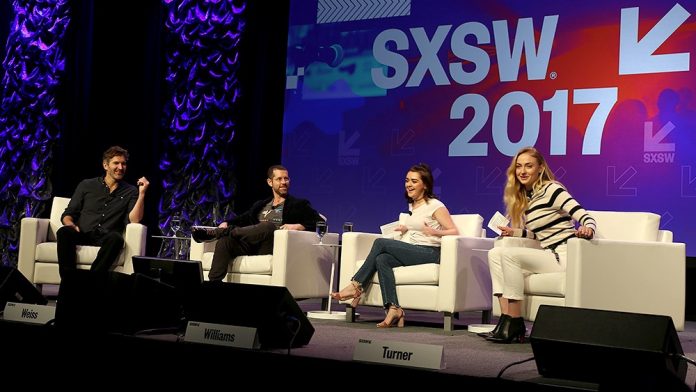 2018 has started and much like last year it is already promising to be the best year for technology news and events. Investment in technology has never been so high and innovation is happening at a fast pace. Technology events such as tech conferences, fairs and startups events are happening all over the globe and they are the best place to get to know what is being created and what opportunities are for entrepreneurs. MyBusiness.com has compiled a list of the best tech events that you can’t miss in 2018, check them and update your agenda! 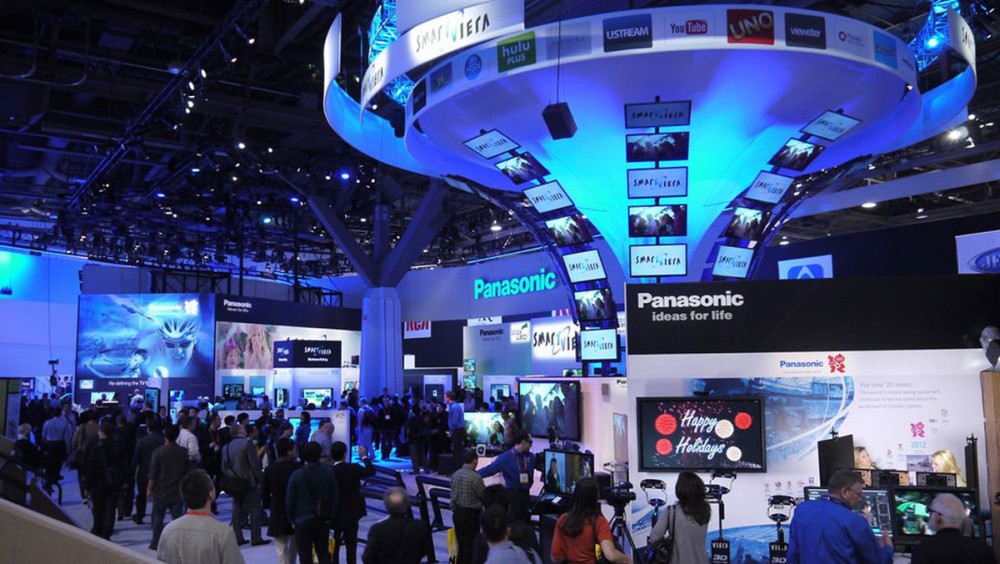 CES is held in Las Vegas every year and it has been considered the best launch pad for innovation and breakthrough technologies for 50 years now. It is the place that gathers everyone who is interested about the latest consumer technologies and where next-generation innovations are introduced to the marketplace.

The event is produced by the Consumer Technology Association (CTA) and it attracts business leaders and thinkers from all over the globe. This year alone CES gathered 184K attendees, 1.2K speakers and 4K exhibiting companies, including manufacturers, developers and suppliers of consumer technology hardware, content, technology delivery systems, etc.. 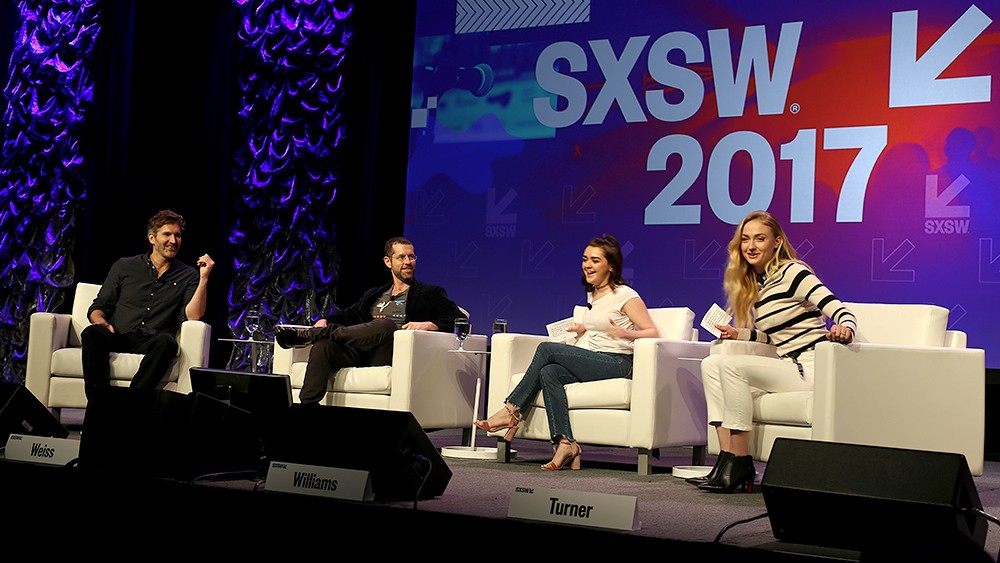 The SXSW Conference occurs every year in Austin, Texas, and provides an opportunity for professionals all over the globe at every level to participate, learn and create business opportunities. It features a variety of tracks that let attendees explore the future in sectors such as film, culture, music and technology.

SXSW aims to attract people from all over the world to discuss the most diversified topics. The 3-day conference spans 25 tracks of programming and SXSW Eco curated Cities Summit, offering networking opportunities, learning and discovery.

The Conference has a total of  25 tracks including “Brands & Marketing”, “Code and Programming”, Government”, “Health”, “VR/AR” and “Music Culture & Stories”. It had the participation of speakers like Ann Mack (Director of Insights Marketing of Facebook IQ), Chen Shay (Google’s Software Engineer AMP) and Keith Urban (Artist). 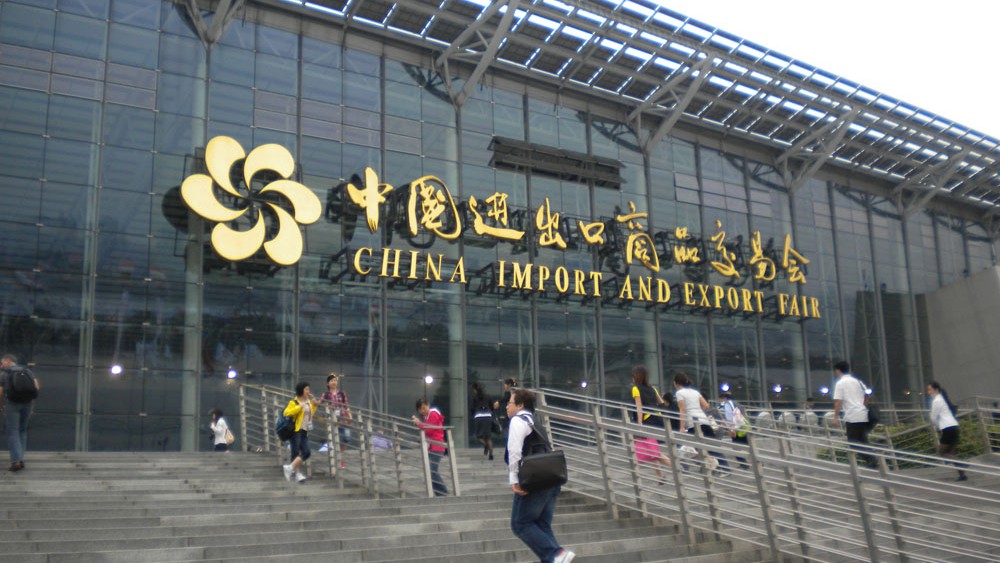 China Import and Export Fair, commonly known as the “Canton Fair” was inaugurated in 1957. The exposition is held twice a year in the province of Guangzhou, China. Hosted by the Ministry of Commerce of Popular Republic of China and the People’s Government of Guangdong Province, the Fair is currently organized by the China Foreign Trade Centre.

Canton Fair is the trading event with the longest history, the largest scale, the largest buyer attendance and “the greatest business turnover in China”.

The Canton Fair will have 3 phases in 2018 and aims to enhance trade connection between China and the world, showcasing China’s image and development achievements and working as a platform for Chinese enterprises to explore the international market and also to promote China’s foreign trade. 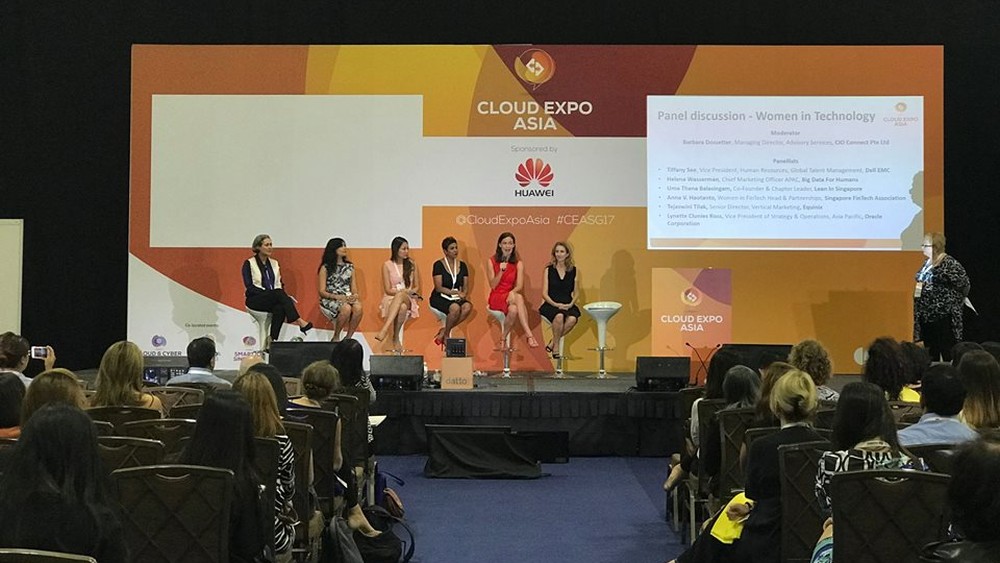 5. The Next Web, Amsterdam 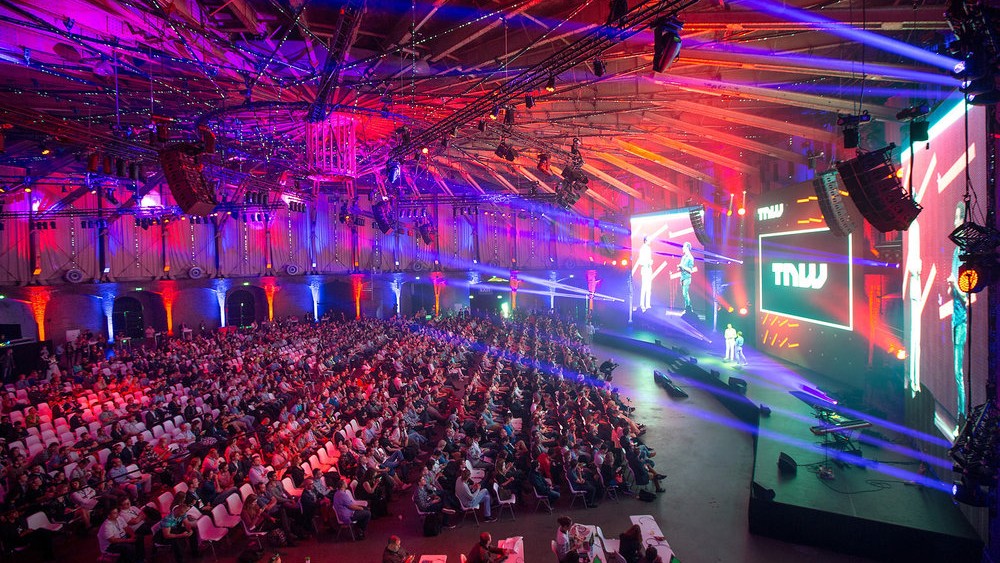 Taking place since 2006 in Amsterdam, Netherlands, The Next Web (TNW) is a festival that has been showcasing the development of technology events as we know them. The event uses the best technologies for engineering the perfect networking environment, attracting in the 2-day event 12.500 business leaders alone in the past year.

From marketing to music, the TNW Conference 2018 has 18 tracks of content designed to attend a wide range of specialists. The festival also offers small-group sessions that include speakers such as the founder of Foursquare, the CEO of Product Hunt and the VP of Data Science at Buzzfeed.

Each year, hundreds of startups and exhibitors make their presence in TNW Conference showcasing their latest products and explore business partnerships and opportunities.

Last year alone, in just one day, more than 3.800 meetings were booked through TNW’s matchmaking platform and more than 100.000 messages were sent using its networking app. 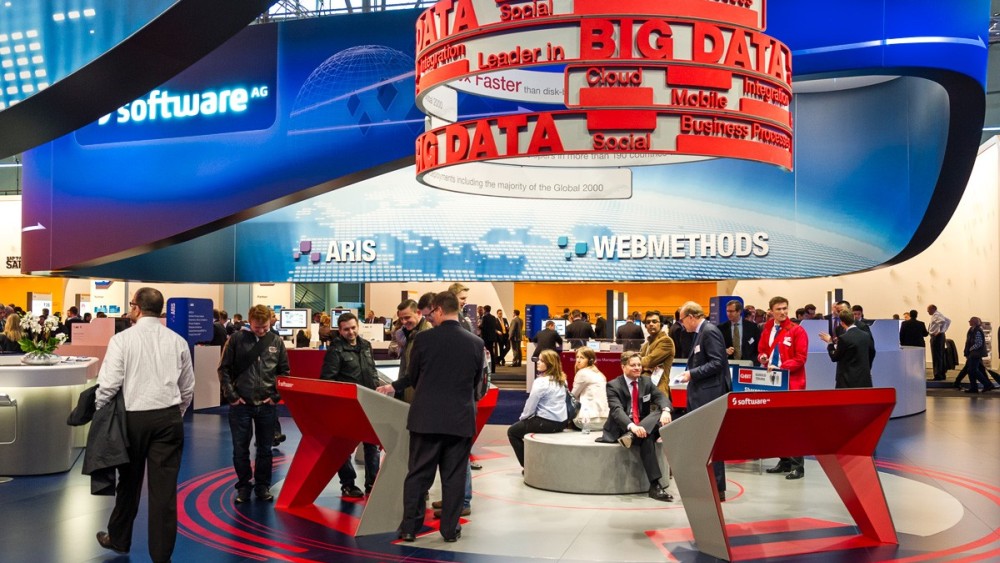 CeBIT is based in Hannover, Germany and is one of the most important platforms in the technology sector, gathering top decision-makers from all digital business areas within the B2B value chain. The event, which has more than 200.000 attendees every year, is a must for all the tech entrepreneurs and corporations.

CeBIT is also strongly focused on SMEs, being a great place to engage in new business opportunities. The event features exhibitions, conferences and networking events, and covers topics such as the digitalization of business, government and society. Its four sections – d!conomy, d!tec, d!talk and d!campus – represent a new approach in variety and event layout organization.

In summary, ceBIT offers an international platform where people can learn about market trends and new technology products. 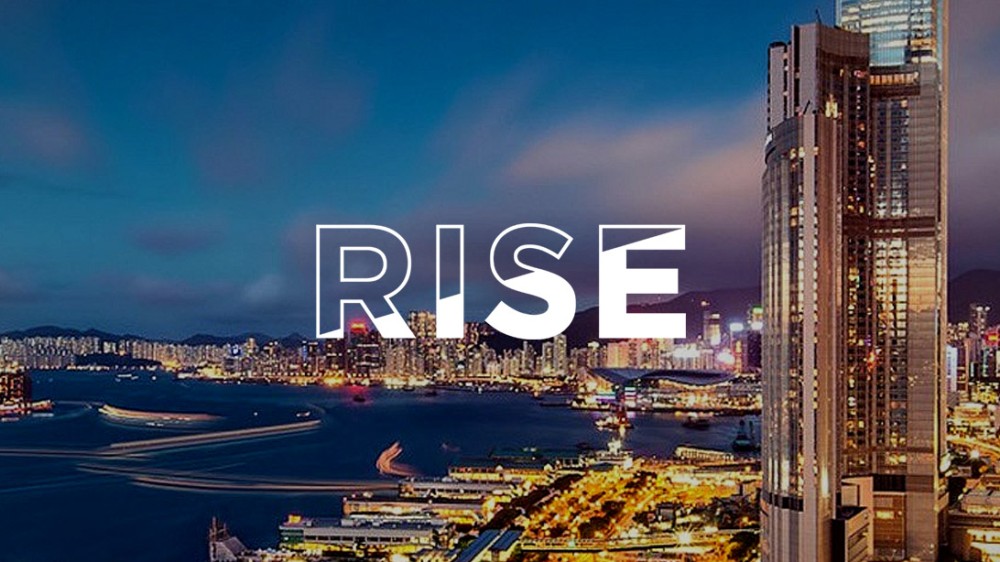 RISE is a conference produced by the Web Summit organization and occurs every year in Hong Kong. The event is very similar to Web Summit, gathering organizations, startups and technology people from all over the world.

Last year, the 3-day event had the presence of companies like Twitter, Dropbox and Cisco as well as speakers such as Werner Vogels (CTO of Amazon.com), Takeshi Idezawa (CEO of Line Corporation) and Matt Mullenweg (Co-founder of WordPress). 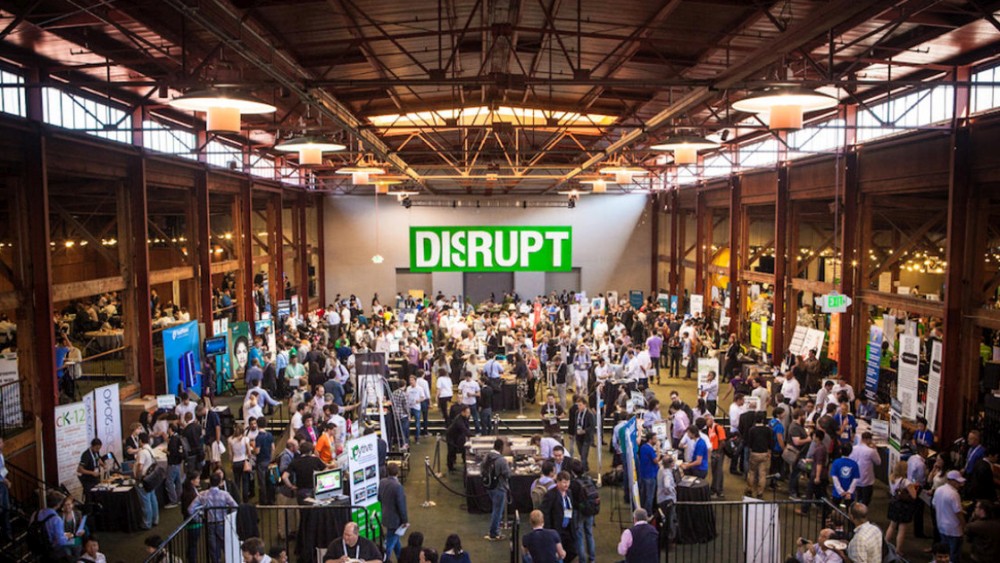 TechCrunch is a world leading event build to showcase new and disruptive startups,  game-changing technologies and tech industry’s key innovators debates. Startups have a great opportunity in TechCrunch to present themselves to the whole world, and achieve exponential growth in the marketplace.

The event that occurs in several cities around the world (San Francisco, New York, Berlin and London) attracts “the best and brightest entrepreneurs, investors, hackers, and tech fans for on-stage interviews”. Some of the activities include a  Startup Battlefield competition, a 24-hour Hackathon, Startup Alley, Hardware Alley and several After Parties.

Startup Battlefield gathers the world’s top early stage startups on one stage to compete for the Disrupt Cup, a $50.000 prize, as well as the media and investors’ attention. Startup Battlefield judges include TechCrunch editors, VCs, entrepreneurs and past winners (includes names such as Dropbox, Mint, Yammer, among others). 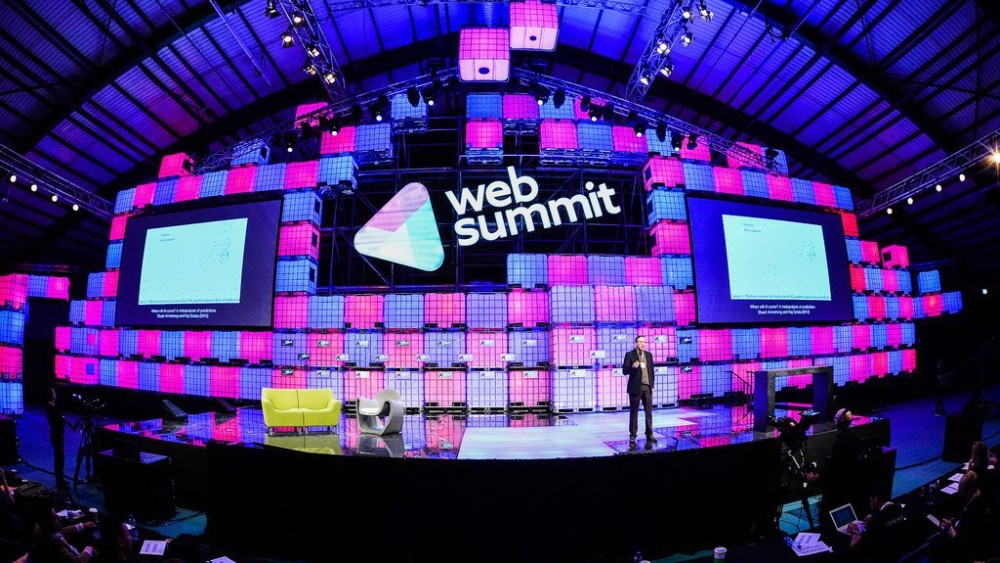 Web Summit was born in Dublin, Ireland and is currently one of the largest and most mediatiac technology conferences in the World. The organization chose Lisbon for the second consecutive year to hold its 9th edition, choosing Portugal’s capital to host its 10th edition as well.

The event features 25 different stages, such as the Center Stage at Altice Arena, AutoTech, ContentMakers or FutureSocieties. Currently held at FIL (Lisbon International Fair), the event brought the most varied themes with big personalities at the present time.

Global organizations like IBM, Google, Mercedes-Benz, BMW, Siemens and Facebook made their presence in the conference, transforming Web Summit in an event one of the most marketed events in the world. 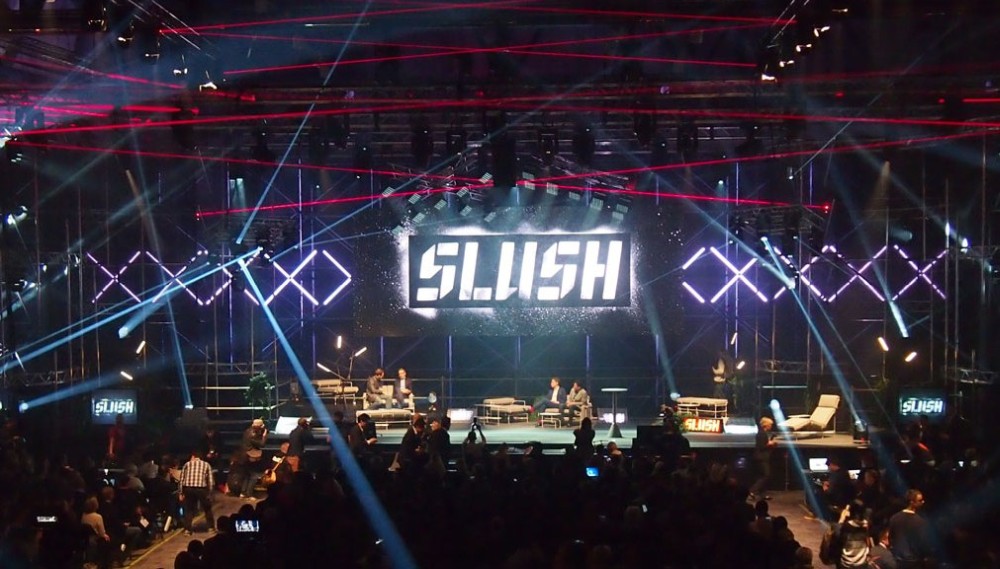 Slush is a Helsinki-based student-driven, non-profit movement that initially began with 300 people assembly to a world-renowned event, hosting in cities like Singapore, Shanghai and Tokyo in 2016.

Slush’s goal is to facilitate founder and investor meetings and to “build a world-wide startup community”.

Held during Winter, Slush has always been characterized by a “unique energy and enthusiasm”. Its philosophy is to help the next generation of companies grow. The conference is organized by young entrepreneurs whose mission is to make a difference in today’s society.

Successful entrepreneurs such as Niklas Zennström (Skype & Atomico), Taizo Son (gungHo) and Ilkka Paananen (Supercell), among others, have already become part of the international event that is radically changing how entrepreneurship is perceived in Northern Europe, Japan and China.