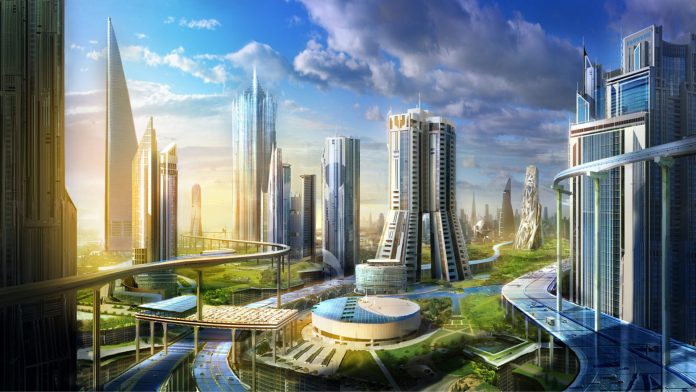 Since the beginning of time, men have sought to predict the future, whether by consulting astrologers and fortune tellers or by tracing trends, to predict the evolution of markets. But even the most complex mathematical calculations end up failing when an insignificant variable changes the whole equation.

Predicting the future, even when the projection is validated by prestigious scientists, is always risking a probability that is presumed certain, chosen among others that, in the same context, are considered wrong. What seems logical may turn out to be a mistake to which only time will prove.

Nassim Taleb explained this in his book “The Black Swan”, with what he called ‘the logic of turkey’: If the animal could think, he would think humans are lovely creatures that shelter and feed him, until on the eve of Thanksgiving, something happens that will make the turkey suddenly change its mind.

Despite this uncertainty, global institutions risk launching forecasts sometimes a decade or more in advance, such as the World Economic Forum. This institution decided to promote the meeting of the Global Future Councils, in which reflexion groups of specialists from various activity fields will meet annually to discuss and comment on the future of the world. The first meeting took place in mid-November, in the United Arab Emirates, where 700 scholars summoned by the World Economic Forum were asked to imagine the world in 2030.

1. The Age of Sharing – ‘I do not own anything,’ writes Danish deputy Ida Auken who attended the meeting. She believes that by the year 2030 it will be like this for a significant part of people. Let’s move on to the sharing society. We will share houses, cars, appliances or even clothes.

That said, it may seem strange, but when we think of startups as Uber (USA), Airbnb         (USA) or eSolidar (Portugal), we realize that all these concepts already exist and what the World Economic Forum experts tell us is that this trend will continue.

What MyBusiness suggests is that it may be worth looking for new ideas and platforms to encourage sharing. Traditional stores will also become rare, or will have to reinvent themselves. Sharing will reduce consumption, but online purchases will also grow, so it can also be a good opportunity to develop more and more effective forms of secure payment.

2. Major Environmental Concerns – Despite Trump’s decision to tear the climate deal, experts consulted by the World Economic Forum are unanimous about the downward trend in fuel consumption from carbon. The automotive industry is undergoing a shift to electric and solar panels are becoming more efficient and cheaper. We see extrapolate from these tendencies, several opportunities for business projects in renewable energies area, either creating new technological solutions or finding creative ways to market them.

3. The War Business – This may not be good news, but Global Future Council experts believe that, in the next decade, we will witness a warlike race.

The coming times will be marked by the decline of the ‘American Empire’, instead of a single superpower, we will have a good half-dozen military powers disputing a portion of global power. The United States, China, Russia, India, Germany and Japan will substantially increase their military budgets, but many other nations will also seek to strengthen their defense power.

The flexibility of demand can, however, be a good opportunity for entrepreneurs to develop – and sell – projects in sectors such as electronic warfare, drones, robotics, or other civil or military equipment.

4. The Home Doctor – Advances in medicine will turn treatments less invasive, shortening hospital stays. The risk of increasingly resistant bacteria and the growing development of telemedicine will contribute to many home-based treatments.

In this sector, My Business sees opportunities in the development of medical telemetry, low cost and easy use. There is still opportunities for specialized home support services and hospital equipment rental.

5. New Foods – Experts consulted by the World Economic Forum do not foresee food in pills, as the wises who at the beginning of the 20th century imagined we would live today. On the contrary, experts at Global Future Councils expect a return to artisanal flavors.

Concern for the environment and a healthier lifestyle will require traditional products. The problem is that the demand for this type of products will require new solutions that produce in quantity to satisfy the demand, without losing the artisan characteristics. In this sector there are opportunities to improve the distribution chains, to look for new concepts inspired by old traditions.

Rising population and growing purchasing power of Chinese and Indians will also contribute to a rise in food prices, so an efficient and well-planned agricultural project is a good project in the future.

6. The Refugees’ Drama – The drama of the refugees is here to stay. Not only because the Syrian crisis will still endure, as wars and social conflicts are far from over.

Climate change, hunger and natural disasters will also produce new waves of refugees over the next decade, not only towards the richer states, but above all, seeking refuge from neighboring countries, which are often also impoverished.

Finding solutions for people on the move is a challenge for entrepreneurs as well. Shelter, food and hygiene are areas with potential for entrepreneurship projects, as well as the development of initiatives that may lead refugees to settle in their homeland.

7. Lack of Values – the experts consulted by the World Economic Forum warn “the West is losing its values”. Xenophobic and racist speech will grow as the majority population feels threatened in their jobs or security. Tensions will escalate, they add.

Countries will continue to build walls, strengthen borders, create ‘concentration’ camps. If some can see opportunities here for security companies or exclusive condominiums, we see opportunities for NGOs and social entrepreneurship, in the support of access to justice, health, education and also in the information to the disadvantaged populations, in the development of housing rehabilitation social projects.

In the next decade we will see a new race to space, this time not only between Americans and Russians, but especially with Chinese, Indians and Europeans. Perhaps only Americans can take the giant step to Mars, and it is not certain that it is in 2030.

Certainly an entrepreneur won’t have the resources to develop a space project – if a scientific researcher can still develop a technology that contributes to the development of this project. Although as an entrepreneur, you can take advantage of the interest that space technology development will rise, with feet firmly grounded on Earth, and bringing Mars to us, for example.