South Korea is preparing to exceed $30,000 per capita, which launches the country into the world’s richest group and is especially impressive given that less than a century ago it was in the poorest group. Policies to protect key industries, openness to international trade and investment in education were the foundations of South Korean development.

Massachusetts Institution of Technology (MIT) researcher Nathaniel Lane explained in an interview for “El Economista” that in 1957, South Korea’s Gross Domestic Product (GDP) per capita was comparable to Ghana’s, while the country was characterized by corruption, instability and dependence on the West. However, “South Korea has undergone an industrial transformation [in 20 years] that took in the western countries about 100 years”.

On the one hand, the regime invested heavily in steel, petrochemical, automotive, heavy machinery, electronics and shipbuilding industries. On the other hand, it markedly reduced barriers to the importation of goods needed for these sectors. In some cases, fundings were provided to import intermediate products needed in the main industries’ production.

In a time where exports represent more than 40% of South Korea’s GDP, growth doesn’t seem to stop. Last year, the country’s GDP per capita was $27,561, and economists at Goldman Sachs quoted by “El Economista” estimate that the $30,000 barrier will be surpassed next year. 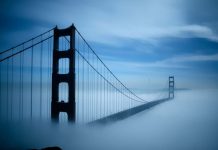 San Francisco Ecosystem: one of the top techn...

How to speak in public – 50 wonderful tips!