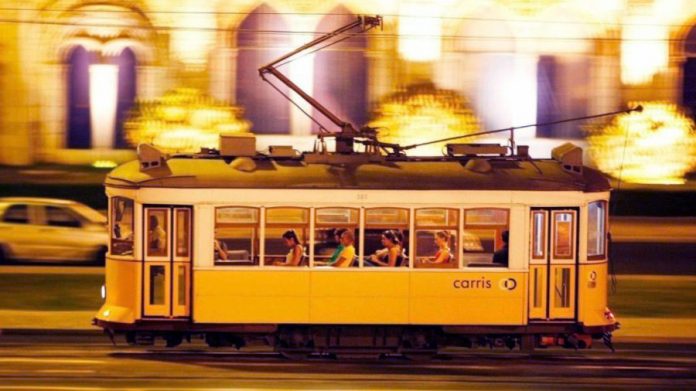 I must begin this article with an apology, and a thank you. To the Portuguese, an apology- before I went to Lisbon, I had only the vaguest idea that Portugal even existed. It was a country I had heard of, but that was it – I had only seen it on a map. How wrong I was to have deprived myself of such a place for so long.

The thank you is to my friend Amilcar – a lifelong lisboeta (which is Portuguese for a Lisbon dweller) I befriended in college who has tirelessly invited me to visit for the past decade. The opportunity arose for me to visit, and I took it.

I don’t know what I expected. All I knew of Portugal was what I had heard on TV- what everyone hears on TV. The economy, the bailouts, the struggle of the Portuguese people daily as they plummeted into the spiraling abyss of insolvency and unemployment. I expected some sort of depression, a sad overhanging grimness like I felt in DC when the recession hit us.

But what met me was something completely, utterly different.

Amilcar met me at Lisbon-Portela airport, and we took the metro into the city to his apartment on Rua Joaquim Bonifácio, and even on the metro you can see the city’s culture shining through in a really amazing mural in the Oriente station (which I regrettably did not capture, though others have captured for me): 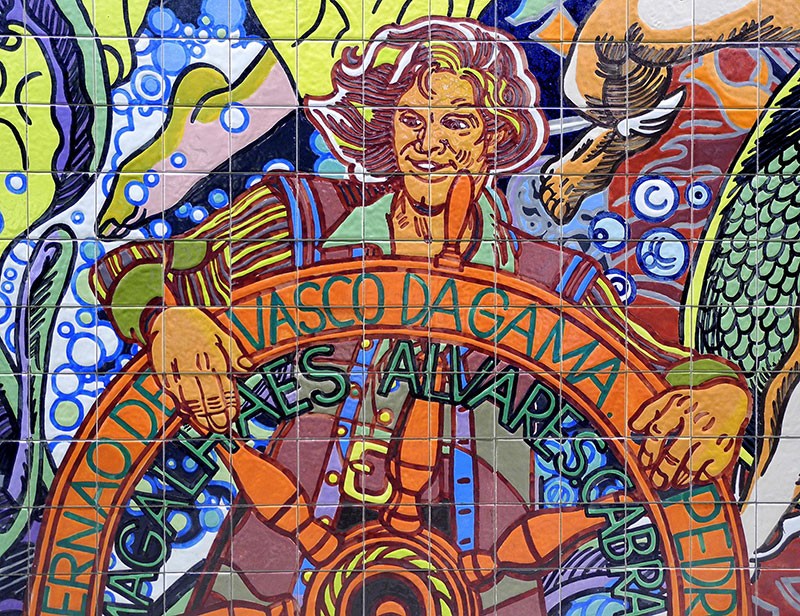 The mural is made up of something called azulejo, which is a very traditional Portuguese style of tilework – and Vasco Da Gama is of course one of Portugal’s most famous explorers. The art style is new, a fusion of modern Portuguese artistry with traditional styles that very neatly symbolizes the nascent cultural renaissance the city is experiencing.

And make no mistake – it is nothing short of a cultural renaissance. From the moment I rose out of the depths of the Saldanha station, I was struck by the movement and the vibrancy of the city. Everywhere there is art- from the statues in Saldanha and the Marques de Pombal to the graffiti that adorns the intricate tunnel-like streets of the Alfama, the city is thriving with it- and the recent economic downturn is what proved to be the catalyst.

And make no mistake – it is nothing short of a cultural renaissance. From the moment I rose out of the depths of the Saldanha station, I was struck by the movement and the vibrancy of the city.

Many artists and writers, unable to find work, have decided to move into the cultural economy- and the city is supporting it. Rather than cut back on culture as the first thing to do when depression hits, the city has defiantly supported its culture movers and shakers- to great results.

And it’s not just artists and writers – music is flourishing as well, with DJs and fadistas alike plying their trades- or even merging together, forming new tapestries of sounds that weave across the majestic banks of the Tejo. Whether it’s the reclaimed docks of Alcantara or the windy tunnels of Alfama, one can hear new, organic sounds from some of the world’s best new musical talent, drawn together by a shared cultural tapestry.

It’s also attracting foreigners who can no longer afford Berlin, Barcelona, or Paris. It’s a fact: the city is cheap. Astoundingly cheap. It hasn’t experienced the insane rise in cost of living like its bigger cousins. It is possible to live very well in Lisbon on very little, which is attractive to writers and artists who are living in constrained budgets.

Additionally, the city is virtually unknown- it is not overrun with tourists like other European capitals. The heartbeat of the city is still strongly Portuguese, and the cafes and restaurants still thrum with authenticity and the traditional roots of Portugal. There are few expats here, and fewer signs even still of American corporate infestation.

You won’t be having a two-pump skim latte here. Not even remotely- you’ll be having a galão, a style of Portuguese long coffee drink, and a traditional pastel de nata– a pastry that comes from one of Lisbon’s most famous and revered bakeries, the Pasteis de Belem, near the monastery of Jerónimos.

You won’t be having a two-pump skim latte here. Not even remotely- you’ll be having a galão, a style of Portuguese long coffee drink, and a traditional pastel de nata.

That bakery, in fact, is situated right near one of Lisbon’s only Starbucks cafes. And gratifyingly, when we went, the Starbucks was only half full- but the bakery’s line was stretching out the door.

Amilcar took me out to the Bairro Alto, an area known for the nightlife. And it was fantastic – an old windy maze of streets, with open-air bars and live music populating all of them. You could enter into any of them as you pleased- to dance to the music, or simply to sit and watch the massed crowd of people flowing through the streets. 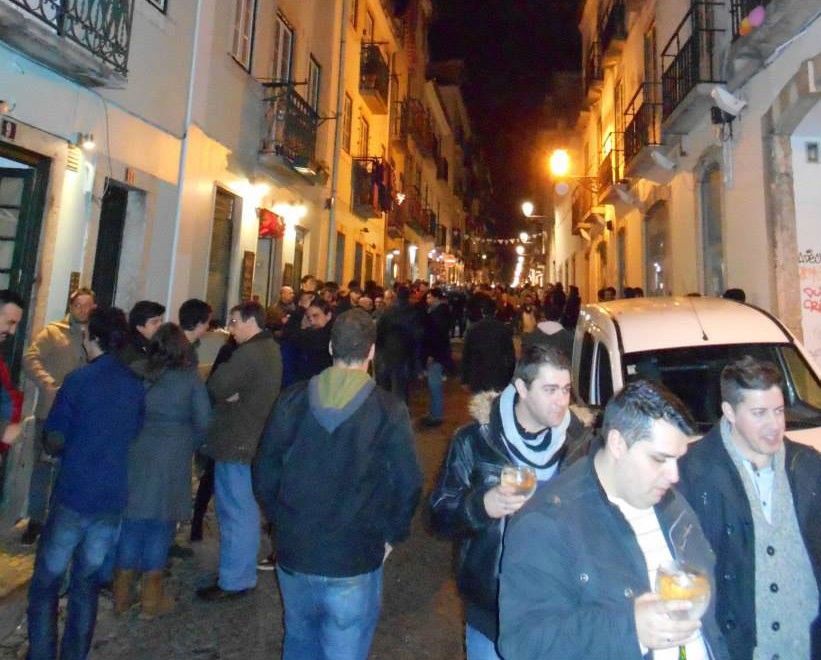 We took the opportunity to do so – as we drank a glass of tawny port wine, sitting at a table near the entrance of one of the bars, I took in the sights and sounds and moving majesty of the throng of young people weaving around me. And I realized something.

If Hemingway were writing now, he wouldn’t be writing in Paris or Berlin or Madrid- they have been overrun by corporations, by soulless American machines that are doing their best to “monetize”. But not Lisbon- there is not a Burger King or a McDonald’s on every street corner, not a Hollister or an Abercrombie in sight, and it has stubbornly and proudly hung on to itself.

He would be writing in Lisbon.

Hemingway’s movable feast, his city of lights and sound – it’s still here. It’s just moved a bit south, that’s all. Forget the trendy Champs D’Elysees – he would have walked down the long, gloriously leafy promenade of the Avenida da Liberdade (which is, I am told, actually wider than the famous French boulevard), enjoying the sights and whirling sounds of the city of Lisbon.

There is a huge influx of art here, and it is growing at an unprecedented rate. Some of the next generation’s greatest artistic minds are meeting and mingling here, sharing inspiration and producing their own great works.

The next great American novel? Well… it just might be written in Portugal.

This articled was originally published here.